The stats body noted that the total number of people getting married has fallen steadily between 2011 and 2020. While this can be partly attributed to Covid restrictions and regulations around gatherings – which led to a notable decline in weddings in 2020 – the long-term data also shows civil marriages fell by 22.5% between 2011 and 2019 and declined by a further 31.1% in 2020.

“While recognition of same-sex marriages has boosted the number of marriages, this increase has not been enough to reverse the declining trend,” StatsSA said.

For those that have decided to get married, the report shows that they are choosing to wait until they’re older to tie the knot.

The average age difference between brides and bridegrooms is four years.

Customary marriages however show a different trend than civil marriages and civil unions. 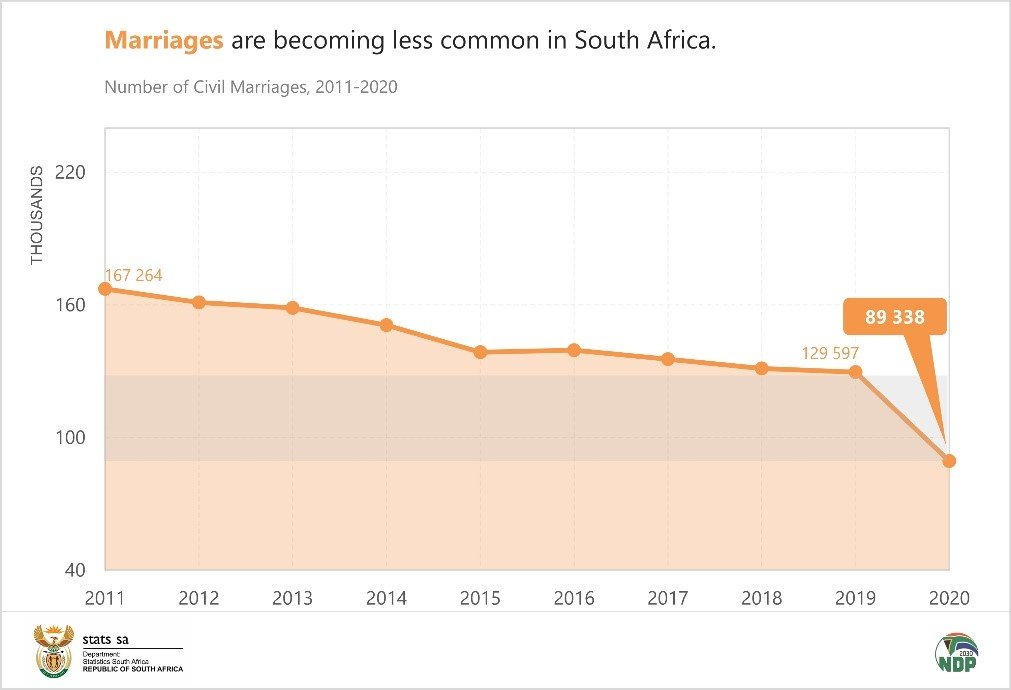 While marriages are declining, so too are divorces, and it is possible that some of the declines in divorces could stem from the fact that fewer people are getting married, StatsSA said. 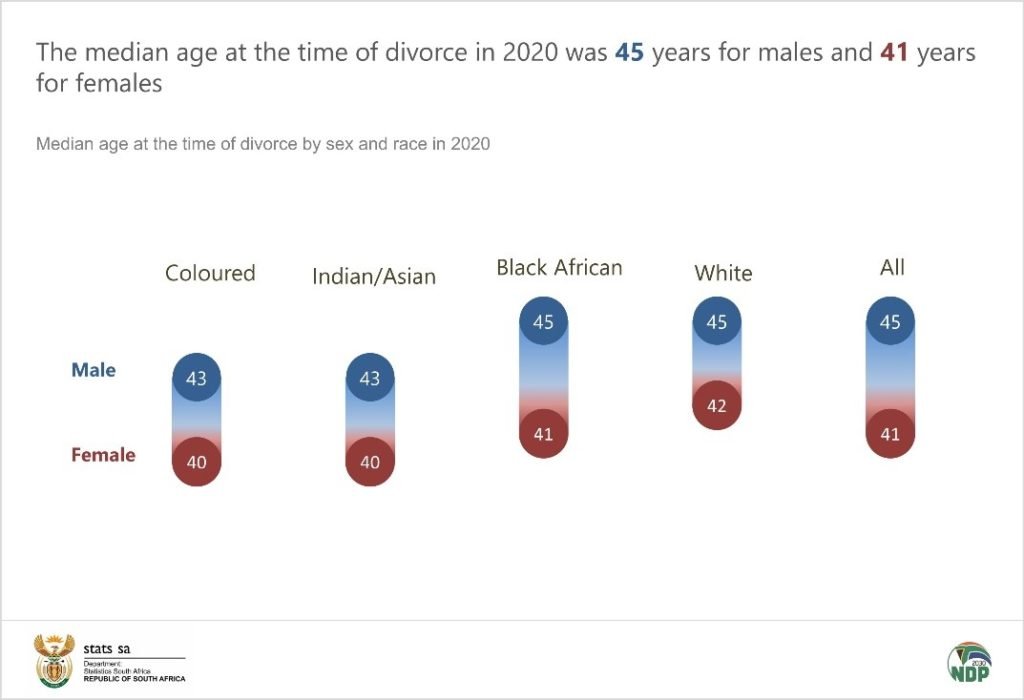 Read: South Africa is changing its marriage laws from next year