The country recorded 8,515 new infections in the past 24 hours, data from the National Institute for Communicable Diseases showed Monday. That’s a 44% drop from a day earlier and the lowest number of daily infections since Dec. 6.

The cases were recorded with 29.9% of Covid-19 tests analyzed coming back positive, down from 30.7% a day earlier, the institute said.

At 29%, the majority of new cases were recorded in the coastal KwaZulu-Natal province, a popular destination for domestic tourists during the current summer holiday period, followed by the economic hub of Gauteng at 22%, the data showed. The two provinces make up almost 50% of South Africa’s economic output.

Covid-19 hospital admissions rose to 8,515 from 7,915 a day earlier, the NICD said in a separate report. The number of patients in need of intensive care remained unchanged at 6.7%. 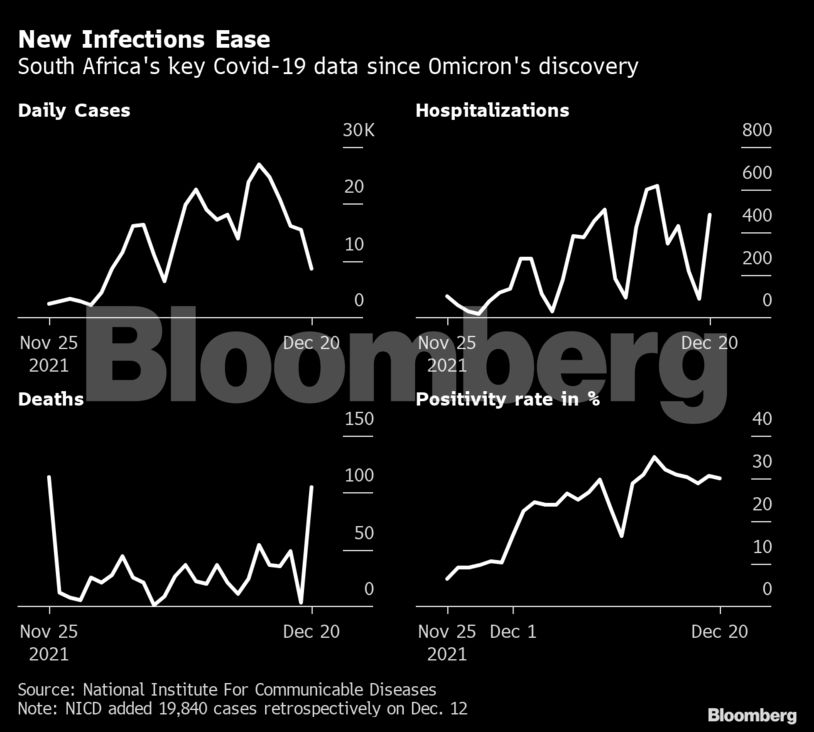 The new variant accounted for 73% of all Covid-19 infections last week in the U.S., with almost all of the remaining cases being delta. President Joe Biden tested negative after spending time with an aide who was later found to be infected.

New Zealand delayed its border reopening due to omicron, while Australia’s prime minister said his country needed to live with the virus. A new study fueled concerns about the effectiveness of Sinopharm’s Covid-19 booster against the new variant.

Protection from two doses of the AstraZeneca vaccine starts trailing off three months after the second shot, the Financial Times reported, citing research published in the Lancet. The waning protection also applies to severe disease caused by Covid-19, according to the report, underscoring the importance of boosters. 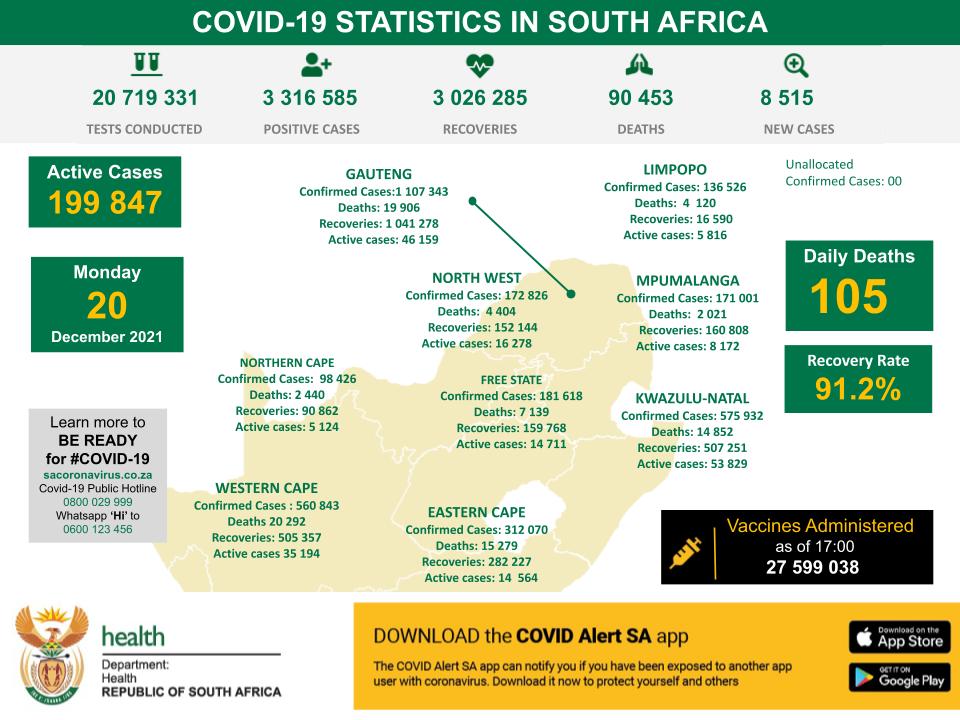 Read: 16 big businesses with vaccine mandates in South Africa – with more joining in 2022