Rebels from Ethiopia's northern Tigray region have retaken the historic town of Lalibela, witnesses have said.

There was reportedly no exchange of fire as the town, a UN World Heritage site, swapped hands.

Lalibela, home to ancient rock-hewn churches, had been captured by Tigrayan forces in August, but they lost control to the federal government 11 days ago.

Federal forces had recently made gains in the year-long civil war, which has sparked a humanitarian crisis.

Northern Ethiopia is facing mass starvation with more than nine million people in need of critical food supplies in the Tigray, Amhara and Afar regions, the UN says.

One witness told the Reuters agency that forces allied to the federal government began leaving Lalibela on Saturday night.

"The last batch left this morning. We heard gunshots from a distance last night but the Tigrayan forces recaptured Lalibela without firing guns in the town," the witness is quoted as saying.

The Tigray People's Liberation Front (TPLF) said in a statement quoted by the AFP news agency that it had launched "widespread counter-offensives", including in a town called Gashena, near Lalibela.

There has been no comment from the government. But on Saturday Prime Minister Abiy Ahmed's office said in a tweet that he had returned to the front line and government forces had captured a series of strategic towns on the road to Tigray's capital, Mekelle.

Last week, Lalibela residents told AFP that while the Tigrayan fighters had respected the holy sites during their time in the town between August and November they made life difficult for the people.

Speaking on Sunday, one witness said that many people had left the town "because there might be a revenge. We expressed our happiness before when the [Tigrayans] left."

The 11 monolithic cave churches in Lalibela, carved out of rock in the 12th and 13th Centuries, were designated a Unesco world heritage site in 1978.

Fighting broke out over a year ago between government troops and the TPLF, which dominated Ethiopia for decades and now controls most of Tigray.

Mr Abiy sent troops into the Tigray region to quash the TPLF after he said it had attacked army camps.

But in June this year, the rebels mounted a comeback, recapturing most of Tigray and advancing into the neighbouring regions of Amhara and Afar.

Fears of the rebels approaching Addis Ababa led several countries, including the US and UK, to urge their citizens to leave Ethiopia last month.

Since then, the federal army has retaken a number of key town on the road leading to the capital. 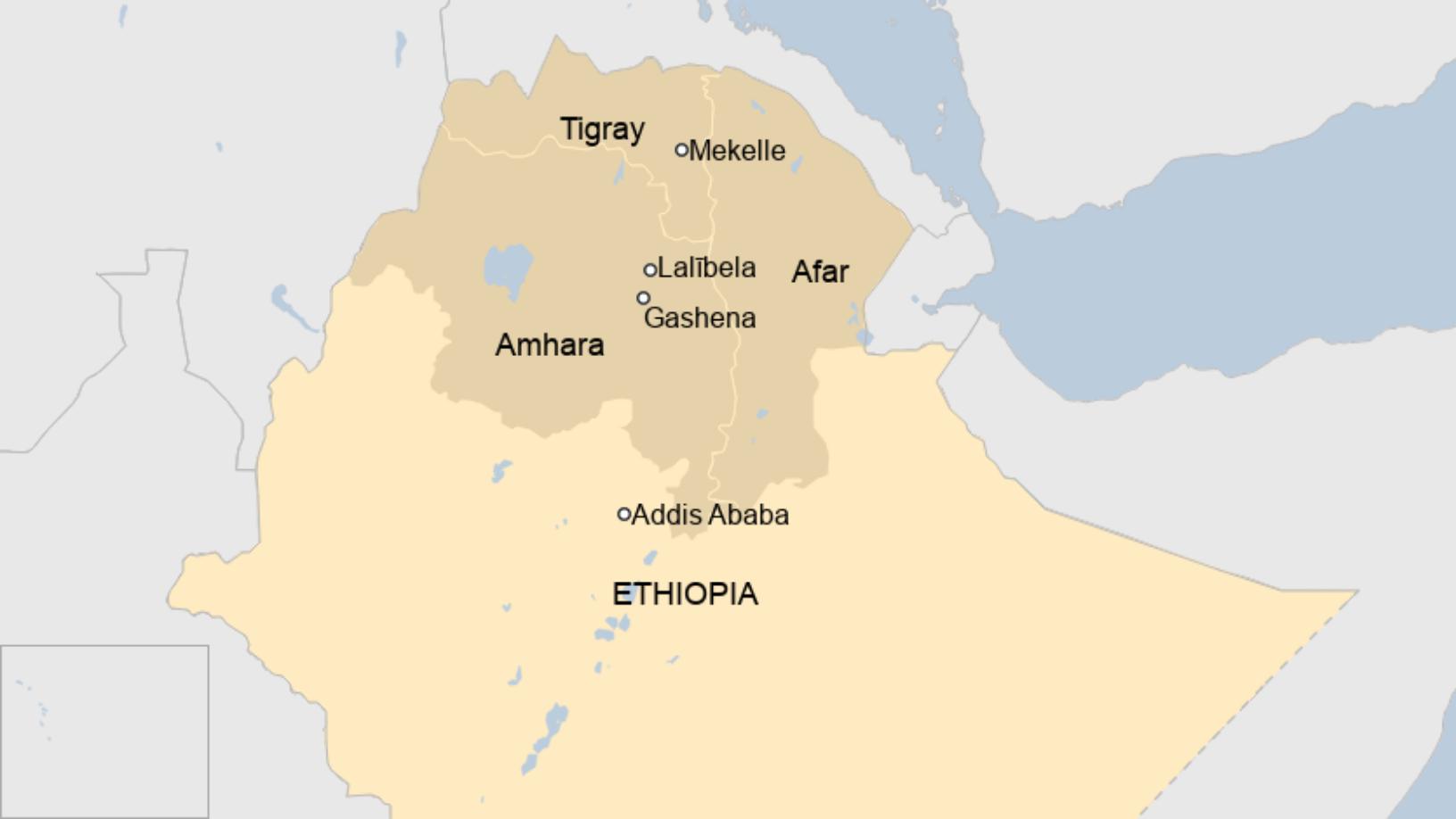 Cave woman in SA one million years older than thought

Outcry in Egypt as iconic Nile houseboats are destroyed