Gambians go to the polls to pick a president on Saturday, in the first election in the poor West African country since ex-dictator Yahya Jammeh fled into exile.

But the shadow of Jammeh, who seized power in Gambia in 1994 and ruled with an iron fist for 22 years, still hangs over the tiny nation – the smallest in mainland Africa, surrounded by Senegal. Voters in the Gambia are concerned about improving living conditions.

Jammeh was forced into exile in Equatorial Guinea in 2017, after President Adama Barrow, who was then a relative unknown, defeated him at the polls.

But the former dictator retains significant political support in Gambia, where his advocates have pushed for his return.

Consequently, his possible return from exile, and how to respond to the litany of alleged crimes under his rule – including rape, torture, the use of death squads and state-sanctioned witch hunts – have been central themes in the election campaign.

One Gambian who had testified to the TRRC about her husband’s assassination 27 years ago said it was impossible for her to mourn because none of the Jammeh regime’s officials have been charged: “It’s only justice that can make us forget them,” she said.

"The TRRC’s report is now in Barrow’s hands; he has 6 months to take action. It must lead to a trial", said Gambian human rights activist Mariama Jobarteh: “Of course, Yahya Jammeh was the head of everything; he must face justice. So, whoever is coming in, we want to see a government that dries the people’s tears.”

Barrow has been under fire since making an alliance with members of Jammeh’s party. But the government is keen to assure that the case is moving forward.

“The victims don't need to be worried. President Barrow established the TRRC out of his own volition, in order to fight for the truth,” said government spokesman Ibrima Sankareh.

Click on the video player above to watch FRANCE 24's report. 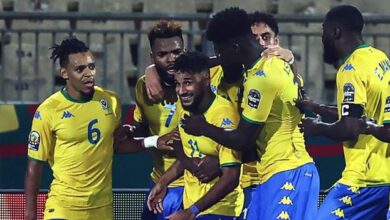