The latest food price data tracked by the Pietermaritzburg Economic Justice and Dignity Group (PMBEJD), shows that prices in Johannesburg have dropped over the last month – and that Durban now has the most costly food basket across the three major metros tracked by the group.

The PMBEJD’s basket comprises 44 core food items most frequently purchased by lower-income households, who make up most households in the country.

As part of its monthly price analysis, the PMBEJD looks at fluctuations in five different cities: three major metros, being Joburg, Durban and Cape Town, and two smaller regions – Springbok in the Northern Cape, and Pietermaritzburg, where the data tracking first started.

Durban has overtaken Joburg as having the most expensive basket across the three major metros tracked by the PMBEJD, having increased 6.8% year on year to R4,319.75.

Joburg, meanwhile, saw the smallest year-on-year increase at 5.7%, and now has the second most expensive basket across the three major metros at R4,302.27. Of all the cities covered by the PMBEJD, Joburg was also the only one to see a month-on-month drop in the basket price, albeit marginally.

Remote areas like Springbok (Northern Cape) saw smaller increases – around 5.3% – over the last year; however, food prices in these areas are generally much higher, so increases are off a high base.

Similarly, Pietermaritzburg saw the largest year-on-year jump overall (+11.3%) but with the cheapest basket across all five cities, this is off a low base.

Across the different food categories, each region has a cheapest and most expensive food offering.

While the Pietermarizburg basket is the cheapest overall – with 21 of the 44 food items carrying the lowest cost – it still has the highest prices for five items, including milk and beef.

Similarly, while Springbok is the most expensive basket overall – with 22 of 44 food items carrying the highest cost – six food items in the area are the cheapest across all cities, including margarine, beef and potatoes.

Durban is the middle ground with four of the cheapest and five of the most expensive items in the basket. 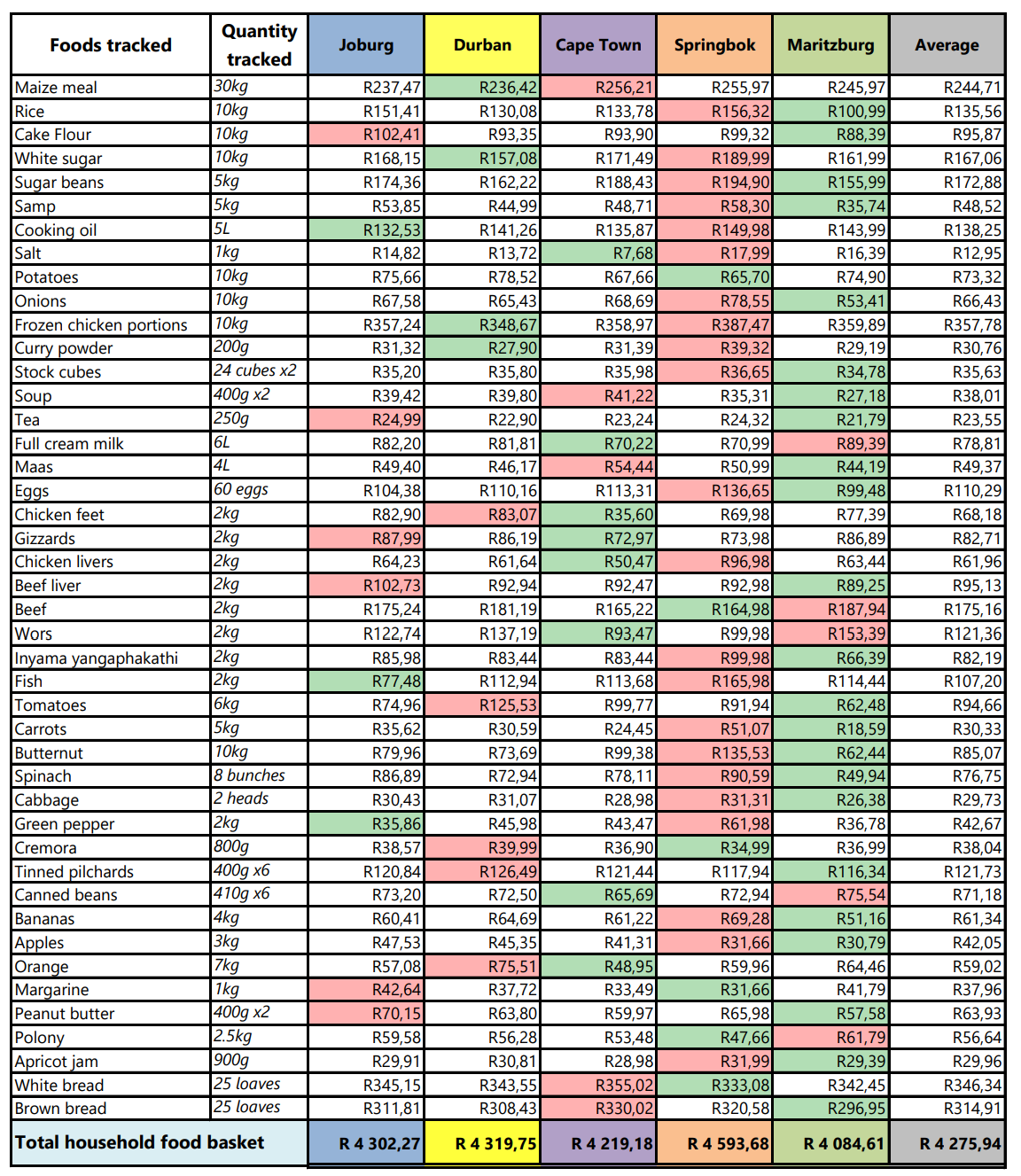 Read: 15 food items that got exceptionally more expensive in 2021 – and one that got a lot cheaper