The South African National Roads Agency (Sanral) is in the planning stages of a massive upgrade for Moloto Road (R573), which has become a major route in South Africa, passing through three provinces.

The road was officially handed over to Sanral in 2020, becoming a national route. The Moloto Road stretches over 160km and spans three provinces – Gauteng, Mpumalanga and Limpopo – and is used by tens of thousands of commuters daily.

At the time it was handed over, transport minister Fikile Mbalula said that the road had seen increasing traffic volumes as a result of growth in residential developments along its route.

The road has become an important economic artery, however, upgrades have lagged, he said. 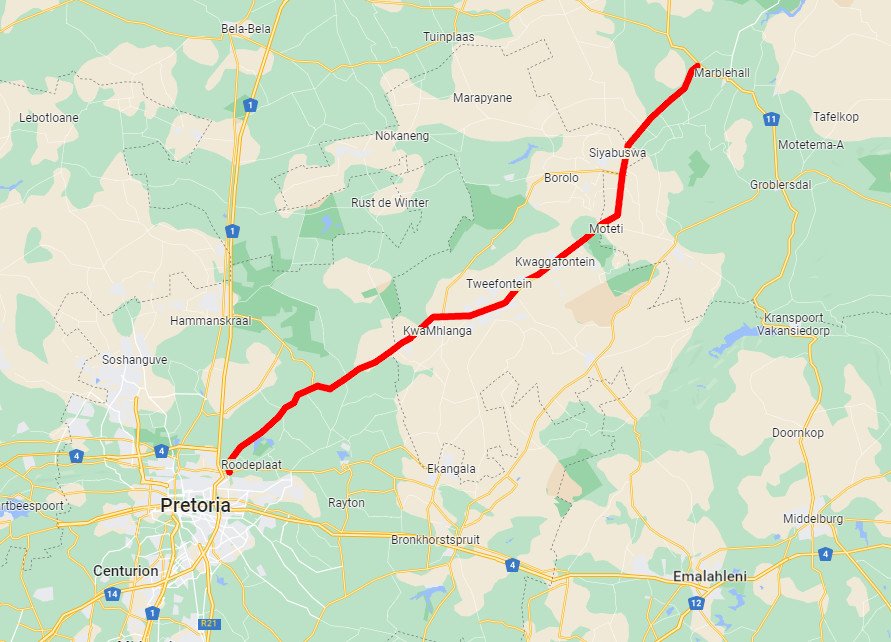 Meanwhile, the road developed a reputation for being incredibly dangerous, gaining the moniker of “death road” following numerous fatal accidents. Between 2013 and 2019, the road saw several horrific accidents involving buses, where at least 40 people lost their lives and many more were injured.

The dangers of the road became so pronounced that residents living along the route in 2020 marched to the Union Buildings in Tshwane to demand that government improve the infrastructure.

Because the road is split across three provinces, it had been subject to varying levels of maintenance. Mbalula said that his department would invest R5 billion to upgrade the road over five years.

The department had previously announced a R34 billion redevelopment of the Moloto Corridor, including building a rail network connecting Tshwane and Mpumalanga, but this collapsed due to disagreements between different agencies and wider economic issues.

Since 2020, the focus has been on expanding and developing the road network. One of the key proposals contained in the upgrade plans was a connecting pathway between the N1 and Moloto Road in Gauteng.

Responding in a written parliamentary Q&A this week, Mbalula said that plans to develop this section of the road are currently underway, with a projected start date in 2024.

“This part of the Moloto corridor was only transferred to Sanral on 5 June 2020 by the Gauteng Province and is still in the detail design phase,” he said.

“As part of the detail design phase, Sanral is currently engaged in discussions with the 139 affected landowners for the land acquisition process to be finalised. If the land-related matters are all addressed, Sanral plans to go out on tender for construction by June 2023,” he said.

Read: Sorry, angry drivers on South Africa’s roads, you are not the law

Second body of minor who drowned in Seshego Dam retrieved

On This Day: What happened on 16 August?