Private hospital group Mediclinic has warned that the government’s proposed National Health Insurance (NHI) system will introduce a number of key threats to health in South Africa – including the destruction of private healthcare and medical aid cover.

The NHI Bill is currently undergoing a public consultation process, with a number of healthcare, civil society and political groups presenting on why the new system should or should not be introduced.

Mediclinic said that in its current form, the NHI Bill will have a direct impact on access to healthcare services in South Africa, noting that:

There are legitimate concerns regarding the availability of the financial and human resources required to implement the NHI scheme effectively, Mediclinic said.

It cited the Davis Tax Committee Report, published in 2017, which found that the proposed NHI, in its current format, is unlikely to be sustainable unless there is sustained economic growth.

“Everyone’s right of access to health care services would be threatened if the existing health care delivery system is uprooted and the NHI scheme envisaged in the Bill cannot be effectively implemented,” it said.

The end of private-sector hospital providers

Mediclinic said that the private healthcare providers are an integral part of the healthcare system and that everything from hospital beds, to equipment, staff and training facilities are at risk if replaced by the NHI.

“The bill provides no reasonable certainty that private providers will be reimbursed at a commercially viable level, i.e. that prices will (a) exceed the provider’s total cost of delivering the service and thereby support provider sustainability; and (b) bring about parity between public and private providers by accounting for the differences in their cost structures.”

It further warned that the NHI will effectively create a monopoly as the NHI Fund will act as the single purchaser of health care services in South Africa, and will be in a position to cause harm to competition, and thus erode private sector resources. 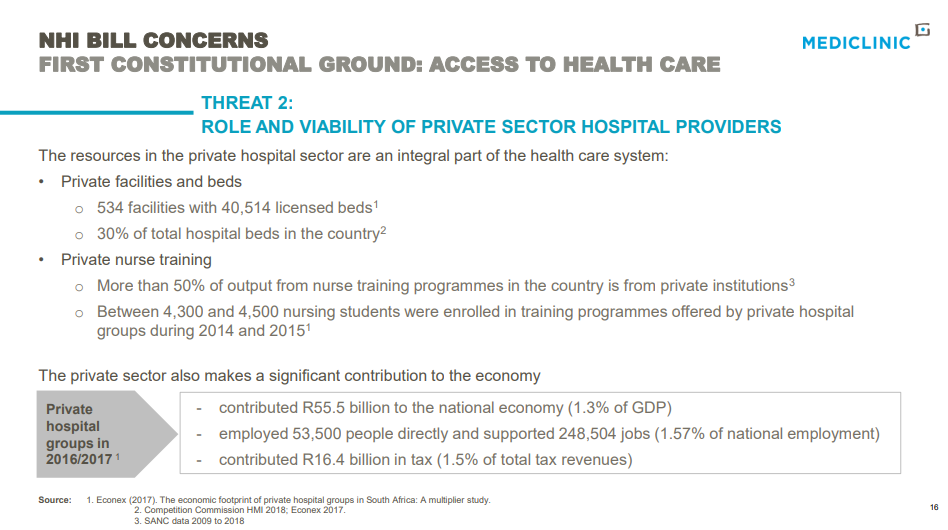 The erosion of medical aid

Mediclinic also warned that medical aid in South Africa would be significantly eroded under the NHI.

This means South Africans run the risk of receiving the basics of medical attention or simply none at all if they require expensive medical treatments.

It presented the example of ‘patient A’ with chronic renal failure receiving life-sustaining haemodialysis treatment currently covered by a medical scheme:

In effect, South Africans who could previously afford medical aid and/or private treatment, now face the possibility of being rationed with life-saving treatments as they are placed in a pool with every other South African. 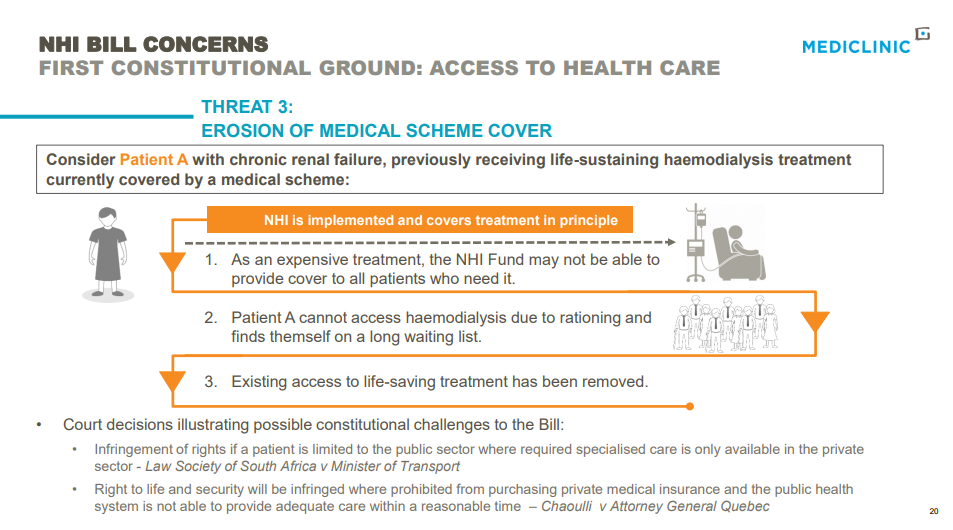 In addition to the above key issues, Mediclinic said the NHI Bill fails to provide reasonable certainty on: 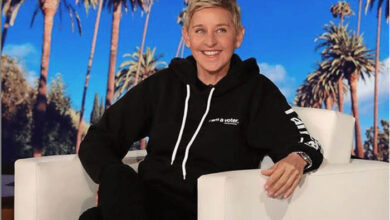 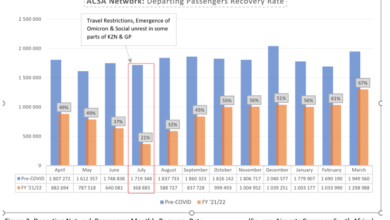 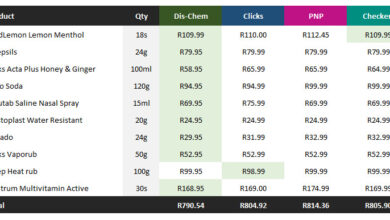 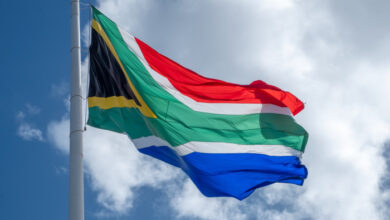