The deputy minister, speaking at an investment seminar in Portugal on Monday, said that South Africa offers a high return on investment and vast opportunities for investors.

This was highlighted in the recent South African Reserve Bank Quarterly Bulletin, foreign direct investment (FDI) inflow from across the globe was R27.2 billion in the first quarter of 2022.

This comes after an inflow of R22.7 billion in the fourth quarter of 2021, marking an uptick as a result of non-resident parent entities increasing equity investments and granting loans to domestic subsidiaries, said the Reserve Bank.

Portfolio investment liabilities reverted to an inflow of R64.2 billion in the first quarter of 2022, following a revised outflow of R40.0 billion in the previous quarter as non-residents acquired mostly equity and, to a lesser extent, debt securities, the SARB said.

The Reserve Bank added that other investment liabilities switched from a revised outflow of R29.6 billion in the final quarter of 2021 to a significant inflow of R81.2 billion at the beginning of 2022.

The inflow resulted mainly from non-residents granting loans to the domestic private banking and non-banking sectors and the national government borrowing $750 million from the World Bank, added the SARB. 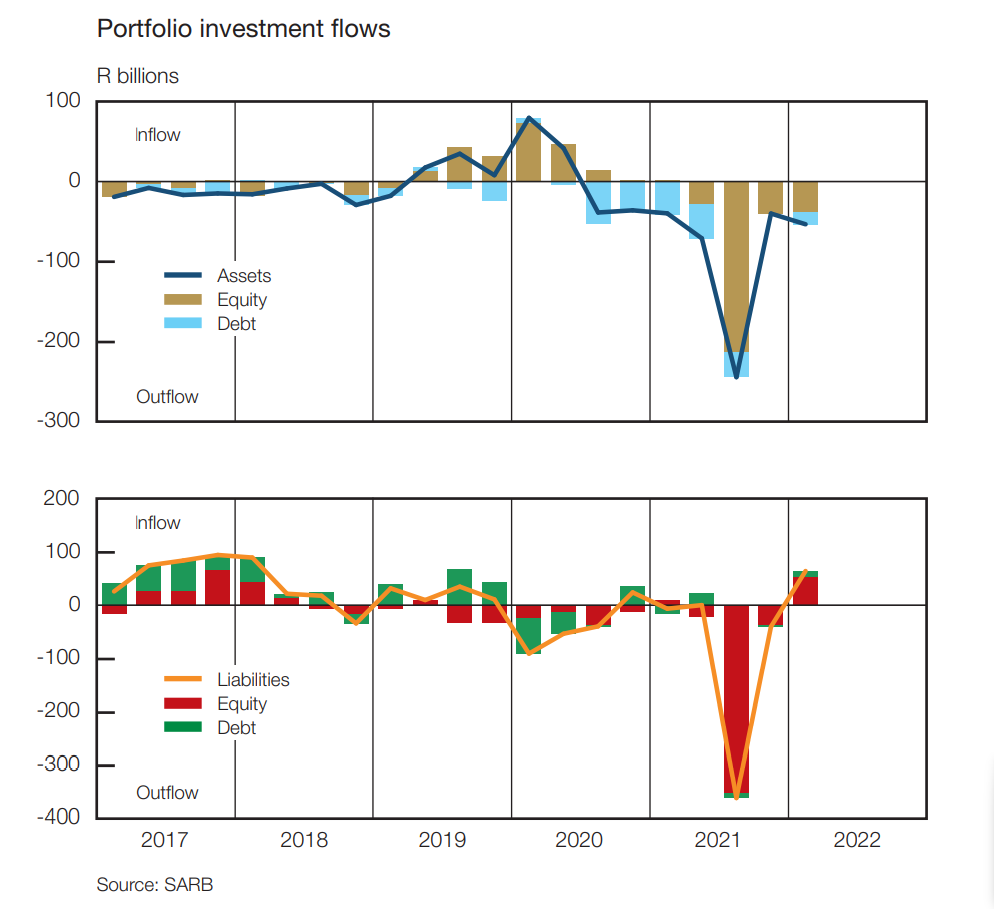 Botes said the upward revision of foreign investment could be attributed to the decisive steps taken by the government toward more predictable and transparent policies.

“This signals that South Africa’s macroeconomic and political fundamentals are in place, reinforcing our position as a credible investment destination.”

In the context of investment ties with Portugal, Botes said the growth in the Portuguese business community in South Africa is a great demonstration of confidence in the country’s economy, and it is an attractive destination for significant investment.

“South Africa has embarked on an ambitious investment drive, which aims to raise $100 billion in new investment over five years,” said the deputy minister.

“We have already achieved 95% of this target in investment commitments over the last four years. Next year will be the last instalment of the Presidential Investment Conference, and we hope to see more announcements from Portugal at the event,” he said.

South Africa is intensifying to improve the business environment as part of its investment drive with the department of trade industry and competition putting together a ‘very attractive package of incentives’ facilitated by Invest South Africa, said the SARB.

Second body of minor who drowned in Seshego Dam retrieved

On This Day: What happened on 16 August?