Cape Town — There is no honour in waste!

Landfill sites pose a variety of risks to humans and the environment, as well as the possibility of releasing toxic leachate or fluids into our groundwater. But turning rotting food scraps such as tea leaves, eggshells, fruit, and vegetable peels, into compost is an amazing way to repurpose waste and turn trash into nutrient-dense organic matter that helps plants grow while protecting the environment.

In the face of climate change, more people are looking for ways to conserve the environment. Many people are now using food scraps as fertiliser through a process called vermicomposting. Vermicomposting or vermiculture, also known as worm composting, is the process of having earthworms eat organic material, such as vegetable and fruit peels, and then break it down through digestion to produce high-quality fertiliser.

They consume biomass and excrete it in a digested form called worm castings or worm poop, which is rich in nutrients. The castings promotes growth, is beneficial to soil micro flora, and have properties that inhibit pathogenic microbes that could contribute to plant disease.

Scarborough Environmental Group's Head of Education Hannah Hopper breaks it down. Vermiculture is a decomposition process that makes use of specific worm species. The most commonly used worms in this system include red wrigglers, white worms, nightcrawlers, and other earthworms. The worms consume organic matter and the castings have been shown to contain reduced levels of contaminants and a higher concentration of nutrients than the organic materials before vermicomposting. This "worm manure" can be used for gardening and farming. It improves the quality of soil by adding nutrients, improving aeration, adding micro-organisms, and improving water holding capacity. Vermicomposting creates a "closed-loop system" by recycling organic waste that would otherwise go to landfills. This helps to reduce greenhouse gas emissions, such as methane and nitric oxide, that are produced in landfills. Vermicomposting can be done on a domestic and industrial scale.

Hopper became interested in composting when she realised how much food is wasted. In South Africa, 10 million tonnes of food go to waste annually, which equates to about a third of the food produced each year (WWF South Africa). An audit by the Council for Scientific and Industrial Research found that 40% of all waste that ends up in landfills in South Africa is organic or biodegradable. This is not only adding to South Africa's landfill crisis but also the increased levels of greenhouse gas emissions, says Hopper.

People don't like dog poo because it stinks and is disgusting to look at. But instead of wrapping it in plastic and tossing it away, where it eventually ends up in landfills, you can use dog poo as a sustainable fertiliser. The Scarborough Environmental Group collects tonnes of dog poop from beaches to create compost.

Hopper adds that vermicomposting seemed like a simple and effective way of managing these complex challenges and because dog poo is organic matter, it can be treated in the same way as food waste. Vermicomposting can be used to process dog poo and create nutrient-dense fertiliser that can be used to plant trees in your garden, for example.

According to Hopper, the Scarborough Environmental Group (SEG), uses a very simple technique to deal with dog poo. Special bins have been placed at entrances to the beaches where biodegradable packets and shovels have been placed for people to pick up their dog poo. The poo can then be placed in these sealed bins. Every week, an SEG member will collect these bins and place the waste into a vermicomposting system. After just a few weeks, this waste will be turned into nutrient-dense fertiliser, which is then used for indigenous tree planting.

Hopper says, "please note that over the years many companies have put biodegradable dog poo bags on the market. Not all of these can be used in a vermicomposting system as they are designed to be degraded in an industrial composting system, which make use of extreme heat. In South Africa, these systems are currently not available."

Hopper explains the challenges that come with vermicomposting. "To be honest, there are not that many challenges that come with vermicomposting. This system is designed to be simple, as the worms take on the majority of the hard labour. But some things to consider are that this process does require some level of manual labour. This system can require tilling if it is done on a larger scale. The consistency of matter also needs to be managed. You do not want the system to be too dry or too wet. If it is too dry the worms will have trouble digesting the matter, as they absorb the waste through their skin. This just means more wet waste, such as food waste, needs to be added to the system. If it is too wet, this can cause the system to develop an odour. To combat this, you can simply add more dry waste, such as paper or garden waste. I would also recommend securing your vermicompost to prevent rats, flies, and other pests from entering the system (as far as possible). This can include, adding a layer of chicken mesh at the bottom of the system and keeping a lid on the top of it. This is more important if you are operating in an urban space."

The group was established in 2015 and has since made a lasting impression with its drive to promote environmental sustainability in both their community and in the city. The group currently uses the compost made from dog poo exclusively to plant trees.

Recently, a worldwide fertiliser shortage has led to record prices that is driving up food costs and creating a crisis for poorer countries. As the Russian/Ukraine war continues, its effects are being felt by farmers around the globe and has sent countries scrambling for solutions, but it presents an opportunity for farmers to adopt more sustainable methods. While farmers are seeing prices for fertilisers skyrocket, some may choose to rotate crops or use fewer nutrients, which could reduce crop yields.

Experts say the world food supply is now at risk due to a global shortage in fertiliser.

South African entrepreneur Himkaar Singh saw an opportunity where others saw waste by turning organic waste into rich compost by using an army of worms. In a bid to help South Africa deal with its impending organic waste crisis, his company, the Compost Kitchen, collects organic kitchen waste to create vermicompost. Using this process keeps waste from polluting the environment or contaminating valuable water sources by avoiding landfills.

In 2017, South Africa experienced major water scarcity issues, so Singh left the country to study for a Master's in Water Management in Germany, Vietnam, and Jordan for five months each – to get different perspectives on what the solution could be. He found that the country needed to repair damaged soil's ability to hold water by returning organic matter back to the soil. The best way to do that was through a business model, so he returned to South Africa to start a food waste recycling enterprise with a broader vision for regenerative agriculture that will contribute to the country's water security.

The environmentally-friendly company has been running since 2019. Singh describes vermicomposting as the best system to do this. His process puts food waste through bokashi – a Japanese technique that ferments the organic waste and makes it easier for the worms to digest.

Singh's operation uses Eisenia Fetida earthworms – more commonly known as red wrigglers – which are kept outside but are well shaded from the sun and are kept moist. In order to have healthy plants, we need to have healthy soil. And healthy soil starts with organic matter which is the base food for all other life in the soil. By using vermicompost which has that organic matter, plus an ancient bacteria from its gut that stimulates the food web in the soil, we can build up healthy soil. Vermicompost is about building soil health whereas fertilisers are about macronutrients, he added.

In their work, they collect food waste from households on an e-bike every week, for a monthly fee. They give the compost to the customers at the end of the month to use in their vegetable gardens to grow food again.

Singh explains some challenges he faces with vermicomposting."Two common problems that can occur is that they get too dry (they prefer too wet rather than a little dry) or their boxes receive too much waste at a time which heats up the box and harms the worms."

In 2021, Singh's company developed a food waste composting appliance for household use, known as the iCompost which instantly turns food waste into compost at the touch of a button.

In the future, Singh hopes everyone could incorporate composting into their everyday lives.

If you'd to get more information on vermicomposting you can reach Singh through the company website. 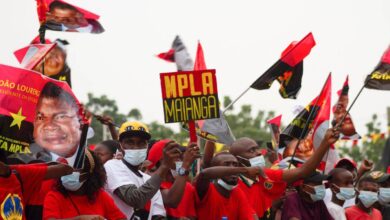 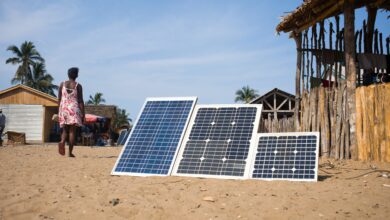 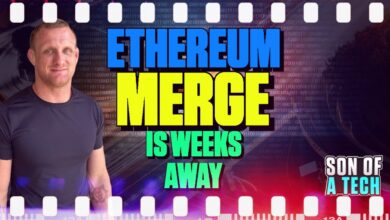