In our series of letters from African writers, Algerian-Canadian journalist Maher Mezahi reflects on the different way that conflicts in Europe and Africa are viewed.

We are all equal, but some are more equal than others.

This play on George Orwell's adage has been brought to life as war broke out at the gates of the European Union.

Russia's invasion of Ukraine has rightly led to widespread condemnation. But from an African perspective, watching global powers unite in pulling out all the stops to curtail the conflict, has been simultaneously impressive and frustrating.

On the one hand, the crippling sanctions and UN resolution are more than understandable because no-one wants a war involving a nuclear-armed superpower to descend into an even more catastrophic situation.

On the other, there has been palpable surprise on our continent that not all armed conflicts are treated with the same lack of resolve that much of the fighting in Africa gets.

Yes, there are statements of concern and international envoys have been sent on missions, but no wall-to-wall coverage, no live televised statements from global leaders and no enthusiastic offers of help.

In Ethiopia, the last 16 months have been hell.

In the north of the country, as a result of a conflict in Tigray, more than two million people have been forced from their homes.

In addition hundreds of thousands face starvation, and the government has been accused of blocking deliveries of aid and essential medicines – something it denies.

There is mounting evidence that war crimes may have been committed by both sides, include mass killings and widespread use of rape as a weapon of war.

On the scale of human suffering it is surely on a par with anything else that is grabbing the world's attention.

And there are many other conflicts that barely get a mention.

I spent most of January in Cameroon for the Africa Cup of Nations, where some of the matches were staged in the verdant city of Limbe, tucked away at the southern foot of Mount Cameroon.

The drive into the city on matchdays was always intense as the competition was taking place amid a separatist conflict.

Every kilometre or so, a balaclava-wearing Rapid Intervention Brigade soldier was posted with a semi-automatic rifle, menacingly staring down passing vehicles.

On the morning that I left to watch Tunisia take on Mali in the group stages, there was a shooting 20km (12 miles) away in Buea.

A Danish colleague of mine, Buster Kirchner, spent some time in that city.

"Maher, there's a real war going on," he told me with heavy eyes upon his return.

"It is not just a skirmish. I saw hospitals and schools shot up. People are really suffering."

Yes, there have been many articles about both Ethiopia and Cameroon published here by the BBC and on other international news sites but where is the widespread outrage?

Why hasn't the world shown a fraction of the concern that's been on display over the past week or so for African suffering?

Somehow the wider audience doesn't really see it in the same way.

The media coverage of the war in Ukraine has revealed why this might be.

A startling string of insensitive, if not implicitly racist, takes were broadcast by various outlets, which are mostly based in major European or North American cities.

One anchor was astounded to see that the refugees from Ukraine were "prosperous, middle-class people, not obviously refugees trying to get away from areas in the Middle East or North Africa".

That struck me – the most prosperous countries I have been to were all in the Middle East.

Another absurd claim was broadcast on French television, when a pundit argued the Ukrainians were similar to the French because "they drive the same cars as us". 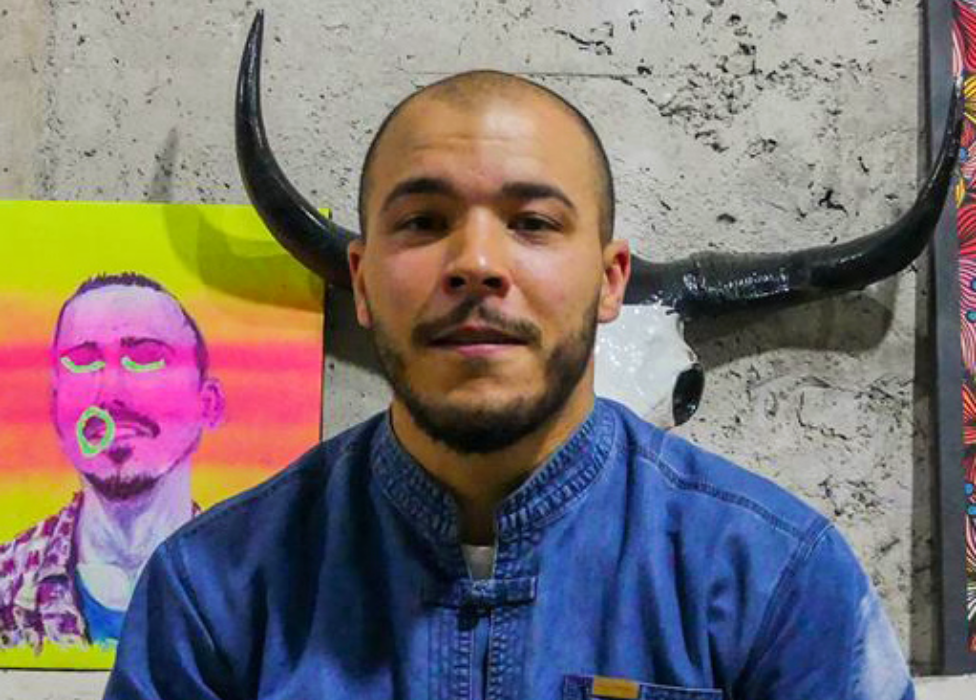 Why is it impossible for some to imagine that Africans could drive a nice car?
And why are we all required to have a position on Ukraine?Maher Mezahi
Journalist

Looking around me in Algeria, and the other places I have been in the region, I asked myself: "Are we not similar to the Ukrainians?"

Both countries have populations of a little more than 40 million people; Ukraine is 55th in the world in nominal gross domestic product, Algeria sits at 58th; Ukraine has the 22nd strongest military and Algeria has the 31st.

Why then did someone say that Ukrainians were so much more "prosperous" or "middle class" than North Africans?

Why is it impossible for some to imagine that Africans could drive a nice car? In Algeria, we drive the same cars as people do in France.

And why are we all required to have a position on Ukraine and not on the conflicts in Cameroon or Ethiopia?

Humans are humans, and war is war whether it be in Kyiv, London, Bogota or Buea.

If anything good is to come out of the last week, may it be that we all collectively learn to deconstruct the implicit biases which rank the value of human lives.

Let us all be as equal as each other.