Alcohol consumption is associated with various public health problems. These include high rates of trauma-related injuries and death. In South Africa, around 62,000 people die from alcohol-related causes annually. Most of these are personal injury and trauma.

Alcohol-related trauma from interpersonal injury and road traffic accidents accounts for a significant proportion of admissions to emergency units in South Africa.

In countries like the United States, policies that restrict provision, acquisition and sale of alcohol are effective in reducing overconsumption and associated social and public health challenges. But implementing these policies in South Africa has been a challenge. In the past, South Africa has tried to regulate the labelling and advertising of alcohol. But the country still doesn’t have comprehensive alcohol policies.

One of the reasons for this delay is strong opposition by the alcohol industry, citing economic impacts.

Since the start of the Covid-19 pandemic, the South African government has implemented intermittent alcohol prohibitions and restrictions. The aim was to ease the burden of people with alcohol-related trauma in hospitals when many patients were being admitted with severe Covid-19. These regulations demonstrated the benefits of reduced alcohol consumption on the South African healthcare system. 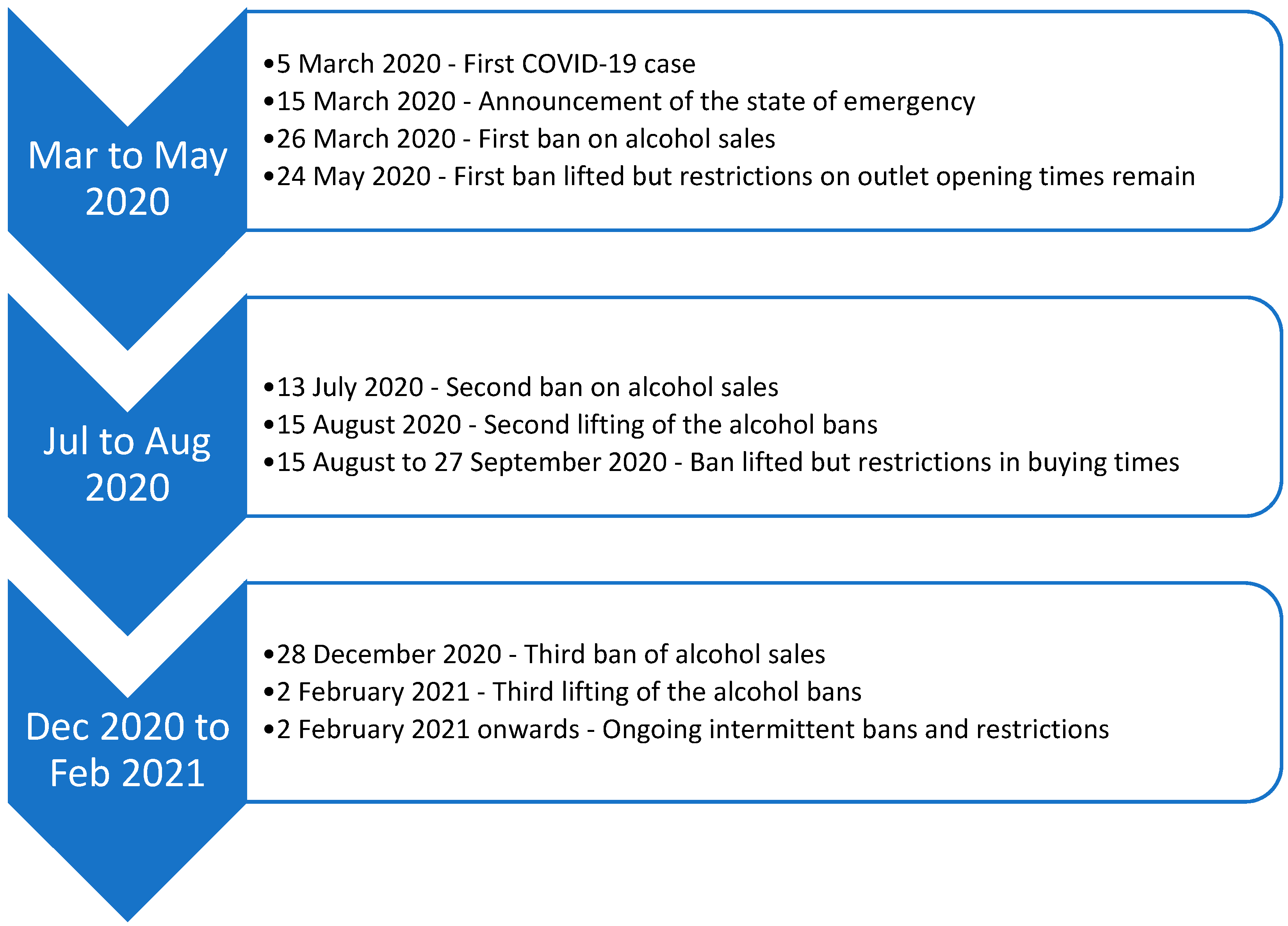 Who are the key actors?

As a national broadcaster, the SABC has a public interest mandate and provides free-to-air news bulletins. News24, on the other hand, is an independent digital-only platform. It has the highest reach in South Africa. Together these platforms are widely used and current. They capture the perspectives of diverse actors.

Government and the alcohol industry were the most prominent actors represented in the media. The news platforms differed in the way they reported these actors’ perspectives and strategies. News24 predominantly reported on alcohol industry-oriented actors and perspectives. SABC News was more government-oriented.

We also looked at the strategies these stakeholders used to influence regulation.

The approach of the alcohol industry was cohesive and well-coordinated. It presented a consistent message using a wide range of avenues. These included lobbying political parties and representatives, litigation against the government, questioning evidence on the benefits of the alcohol restrictions and proposing policy alternatives. Industry actors used emotive language and framed the regulations as affecting small businesses.

The most prominent argument against regulation was the economic impact. Industry repeatedly cited large – and often untested – figures of profit and job losses.

The tactics employed by the alcohol industry are not new. The tobacco and food industries have used similar ploys in the past to block or weaken health policies in South Africa and internationally.

Different government ministries sought to use the regulations to advance the interests of their own departments. For example, the regulations were introduced to reduce alcohol-related trauma. But the police and transport ministries emphasised the benefits for crime prevention and road safety.

There was a strong academic voice from the South African Medical Research Council that aimed to counter industry rhetoric with empirical evidence. Academics also tried to present sustainable policy changes as an alternative approach for a post Covid-19 world.

But the media predominantly presented a polarised narrative.

The regulations implemented as part of Covid-19 lockdowns have presented valuable lessons for alcohol regulation more generally. They also highlighted the power and the extent of opposition from the alcohol industry. Whether these regulations translate into sustainable policy changes will depend upon how – if at all – the strong industry voice is countered.

Evidence, advocacy and cohesive policy are crucial for instigating and sustaining policy change. Covid-19 related alcohol regulations were an opportunity to garner public support and put alcohol regulation on the agenda. But it may have been a missed opportunity. The alcohol industry rhetoric dominated. And the voices advocating for sustainable alcohol policies beyond Covid-19 were not cohesive.

There may still be more restrictions in future. So, it is not too late for the pro-public health voice to use this opportunity to its advantage.

Whispers of insurgency add up to a murky national security situation

Mantashe: Sisulu did not bring the ANC into disrepute