Invictus Energy says it remains on course to start drilling at its Mukuyu-1 oil and gas prospect in Muzarabani from July 1, 2022, after raising US$8,5 million ($12m AUD) to finance the basin opening drilling exercise.

The Australian exploration junior is ready to start exploration at its Muzarabani prospect after completing a seismic campaign in September last year, through Canadian firm Polaris Natural Resources, which showed huge potential for petroleum deposits in the area.

Seismic exploration is the use of seismic energy to probe beneath the surface of the earth, usually as an aid in searching for economic deposits of oil, gas, or minerals, but also for engineering, archaeological, and scientific studies.

The first well in the exploration drilling campaign, the Mukuyu-1 prospect, has been independently estimated to contain 8,2 trillion cubic feet (Tcf) plus 247 million barrels of conventional gas-condensate (gross mean unrisked).

Earlier, the company said it had started mobilising the Ezalo 202 rig from an area called Songo Songo in Tanzania where the machinery had been contracted for similar works.

President Mnangagwa said last year that his Government was excited about potential oil and gas discovery in Zimbabwe, as that could make the country energy self-sufficient, create jobs and bring significant downstream benefits.

Invictus said it continued to process multiple bids from potential farm-in partners whom the company expects to fund the large part of the drilling programme scheduled between July and August 2022.

The company has received firm commitments from sophisticated and institutional investors to raise A$12 million (before costs) by way of a private placement for the upcoming drilling programme.

Invctus managing director Mr Scott MacMillan said The funding raised will go towards drilling, working capital and cost of capital raising. The drilling programme will mark the first time ever an oil and gas well has ever been sunk in Zimbabwe.

"We are pleased to welcome new institutional investors onto our share register at an exciting time for the company as we prepare to embark on our maiden drilling campaign in Zimbabwe.

"I would also like to thank existing shareholders that participated in the placement for their continued support, including the Mangwana Opportunities Fund who add to their significant local-ownership of the company, and multiple Australian and international institutional investors who continue to show support for our Cabora Bassa project," MacMillan said.

The share placement saw participation from multiple new and existing institutional investors ahead of the company's upcoming drilling campaign at its 80 per cent owned and operated Cabora Bassa Project in Zimbabwe and was strongly supported with demand significantly exceeding shares available.

"Through the completion of this capital raise, in conjunction with our existing cash balance and additional funds delivered via the exercise of in-the-money options, the company is well funded for the Mukuyu-1 well.

"We also continue to progress bids received from multiple potential farm-in partners and will provide a further update on the farm-in process in due course.

"We have a number of catalysts in the lead up to the basin opening drilling campaign including an update to the prospect and lead inventory encompassing the expanded SG (Special Grant) 4571 licence area, selection of the second well location to follow on from Mukuyu-1, and the mobilisation of the Exalo 202 drilling rig.

"Drilling of the Mukuyu-1 well, which will test Africa's largest undrilled onshore oil and gas prospect, remains on track to commence in July," said.

Invictus' second oil and gas exploration well drilling, in the expanded SG4571 licence area, is planned for a location in Mbire District of Mashonaland Central Province.

Invictus Energy Ltd is an independent upstream oil and gas company listed on the Australian Securities Exchange . The Company is headquartered in Perth, Australia and has offices in Harare, Zimbabwe. The is opening one of the last untested large frontier rift basins in onshore Africa — the Cabora Bassa Basin — in northern Zimbabwe through a high impact exploration programme.

Unrisked means the average applicable reported volumes or values of resources have not been risked (or adjusted) based on the chance of commerciality of such resources. 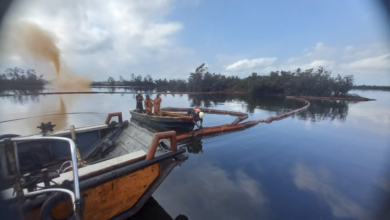