While the national government is still reticent to say whether South Africa has entered into a fifth wave of Covid-19, senior researcher at the Council for Scientific and Industrial Research (CSIR), Dr Ridhwaan Suliman, says the country entered into the latest wave some three weeks ago, and may already be seeing new infections slow down.

Speaking to ENCA, Suliman said that we are well into the fifth wave in South Africa, with tracked data points indicating that it started in April.

Based on previous waves, we know that we’re entering a new wave of infections when the number of new cases per 100,000 people exceeds five per day, and when the test positivity rate breached the 10% level, he said.

“We reached those levels at least three weeks ago. In fact, over the past week, we’ve seen a possible slowing down of infections, so we may potentially already be heading to the peak of this wave.”

Suliman said that South Africa is currently averaging just over 7,500 new cases per day. This number is still increasing, but the rate of increase is slowing.

Tentative promising news with the BA.4 / BA.5 -driven #5thWave of #COVID19 in South Africa 🇿🇦 flattening out and already showing signs of slowing down 📉

As with previous waves, the latest infections are being driven in the most populous provinces – Gauteng and KwaZulu Natal. However, infections have also increased in the Western Cape, while the remaining provinces will likely also see their numbers rise.

The rise in infections may partly be due to increased gatherings over the April religious period and people, more generally, gathering more often, but it is also because of mutations in the virus itself, making it more infectious, the researcher said.

However, the good news is that people have built up immunity against the virus – either through acquired immunity via vaccine or through previous infection – and the number of infections is becoming increasingly decoupled from severe hospitalisations and death. 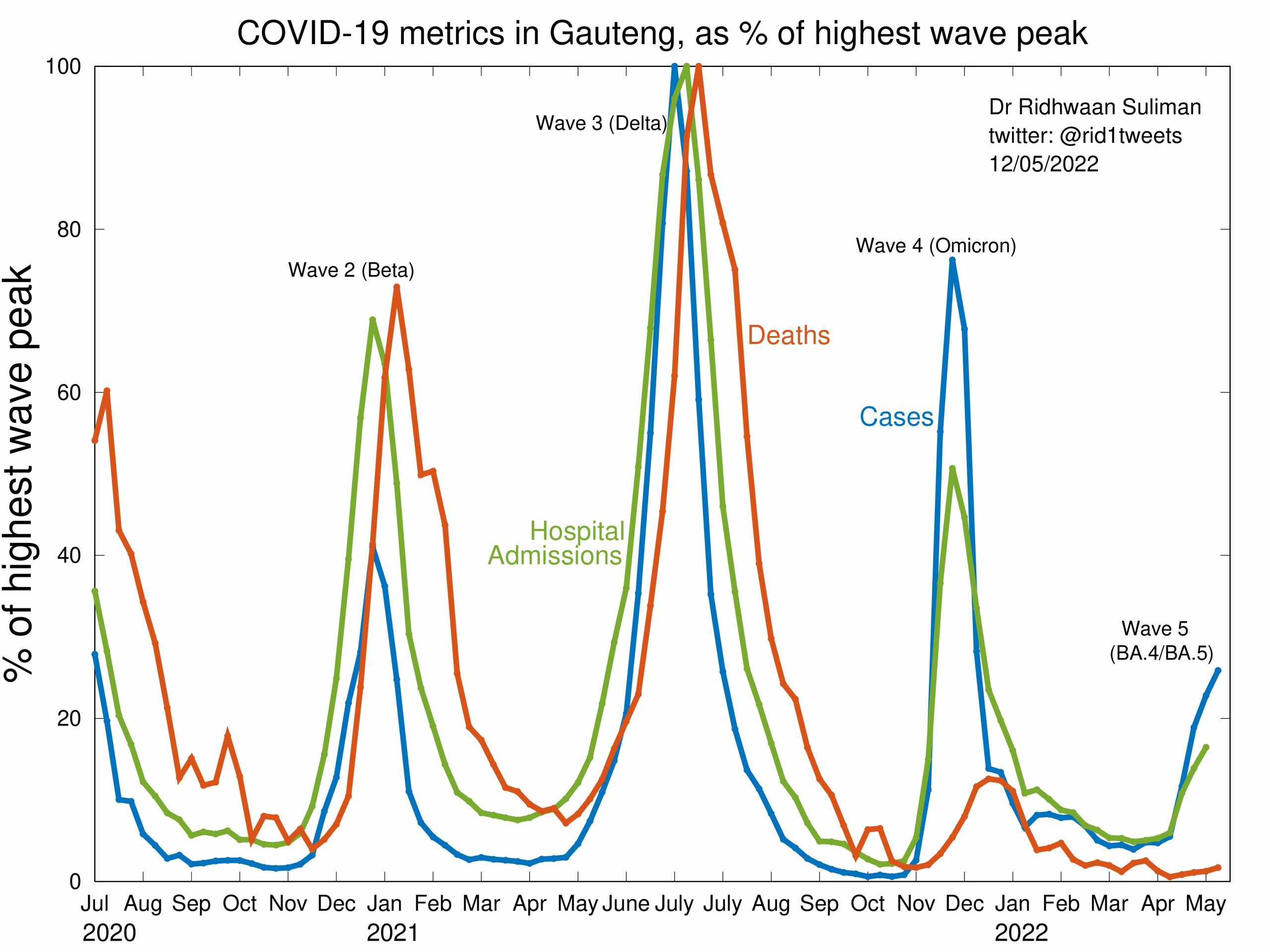 “Decoupling between infections and death has continued,” Suliman said. “However, these are lagging indicators, so they may still increase. Despite this, South Africa has seen 34 new deaths per day across the last week. One death is one death too many, but this is still significantly lower than at least the first three waves.”

“We’re seeing a high number of infections, especially in Gauteng and KwaZulu Natal – but like with the Omicron BA.1, less severe outcomes – lower hospitalisation rates and lower deaths,” he said.

There have been 2,600 new hospital admissions over the last week – an increase of 20% versus the previous week – but still, these are far lower than what we saw in previous waves, and are also about a third of the Omicron BA.1 wave, he said. 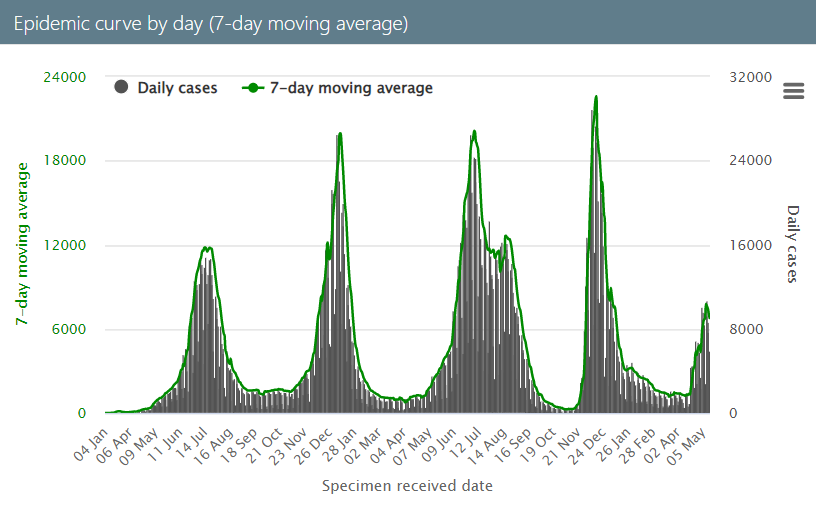 Omicron BA.4 and BA.5 are two newly-designated Omicron lineages, first detected in February 2022. Since its first emergence, the lineages have increased from <1% of all cases to in excess of 50%.

They are currently still classified as the Omicron variant, meaning that they are not a new variant; rather, they are Omicron viruses with a new combination of mutations. Both lineages have been detected in countries outside South Africa.

Increase in BA.4 and BA.5 genomes:
– Around 50% outside Africa (3 days ago = 38%)📈
– 24 countries outside Africa (highest genomes in Germany, the highest prevalence in Portugal).
– Fuelling infections in southern Africa & Portugal, both had a large BA.1 wave with a smaller BA.2 pic.twitter.com/aFrX24irKe