BERLIN – The WHO warned Tuesday that the Omicron coronavirus variant could lead to overwhelmed healthcare systems even though early studies suggest it leads to milder disease, as China and Germany brought back tough restrictions to stamp out new infection surges.

COVID-19 surges have wreaked havoc around the world, with many nations trying to strike a balance between economically punishing restrictions and controlling the spread of the virus.

The United States has halved the isolation period for asymptomatic cases to try and blunt the disruption, while France has ordered firms to have employees work from home at least three days a week.

Contact restrictions were in place in Germany for the second year in a row heading into the New Year, as Europe's biggest economy shuttered nightclubs and forced sports competitions behind closed doors.

Despite facing a much smaller outbreak compared with global virus hotspots, China has not relaxed its "zero Covid" strategy, imposing stay-at-home orders in many parts of the city of Yan'an.

The hundreds of thousands of affected residents there joined the 13 million people in the city of Xi'an, who entered a sixth day of home confinement as China battled its highest daily case numbers in 21 months.

"I'm about to be starved to death," wrote one Xi'an resident on the Twitter-like Weibo platform.

"There's no food, my housing compound won't let me out, and I'm about to run out of instant noodles… please help!"

Many Xi'an residents have similarly complained on social media about the restrictions, which include a ban on driving and only one member of a household permitted to go outside for groceries every three days.

This lockdown is the most sweeping in China since the similarly-sized city Wuhan was cut off from the world in the early days of the pandemic.

The surges in many countries have been propelled by the highly transmissible Omicron variant.

The WHO warned against complacency even though preliminary findings suggest that Omicron could lead to milder disease.

"A rapid growth of Omicron… even if combined with a slightly milder disease, will still result in large numbers of hospitalisations, particularly amongst unvaccinated groups, and cause widespread disruption to health systems and other critical services," warned WHO Europe's Covid Incident Manager Catherine Smallwood.

To hold back the tide, European nations brought back curbs with painful economic and social consequences.

Sweden and Finland required negative tests for incoming non-resident travellers from Tuesday, a day after Denmark – which currently has the world's highest rate of infection per capita – applied the same measure.

In Germany, private gatherings are now limited to 10 vaccinated people – or two households where any unvaccinated people are present – and nightclubs have been closed. All sports competitions will now be held behind closed doors.

"Something has to be done to bring the infection figures down," a Berlin resident told AFP TV.

But not all accepted the measures.

Thousands of protesters went on the march across Germany late Monday against the curbs, with some hurling fireworks or bottles at police and leaving at least 12 officers injured.

Beyond social strife, the pandemic has been punishing economically, in particular for sectors like travel.

Some 11,500 flights have been scrapped worldwide since Friday, and tens of thousands more delayed, during one of the year's busiest travel periods.

The surge in the US has been fuelled by the Omicron variant, as well as large pockets of unvaccinated residents and a lack of access to quick and easy testing.

President Joe Biden said Monday some US hospitals could be "overrun" but that the country was generally well prepared.

He stressed that Omicron would not have the same impact as the initial Covid outbreak or the Delta variant surge this year.

In an effort to prevent mass labour shortages during the surge, the US Centers for Disease Control and Prevention on Monday cut the isolation period for asymptomatic cases from 10 to five days.

The US is the nation hit hardest by the pandemic, and is closing in on its daily high of 250,000 cases recorded last January. 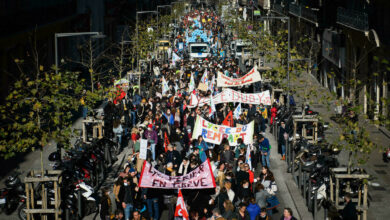 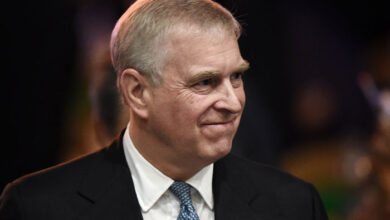 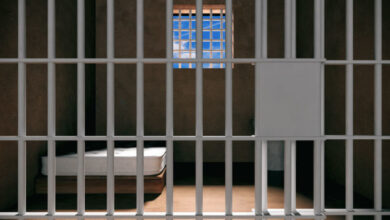 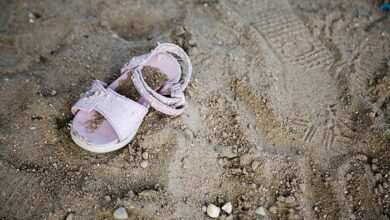